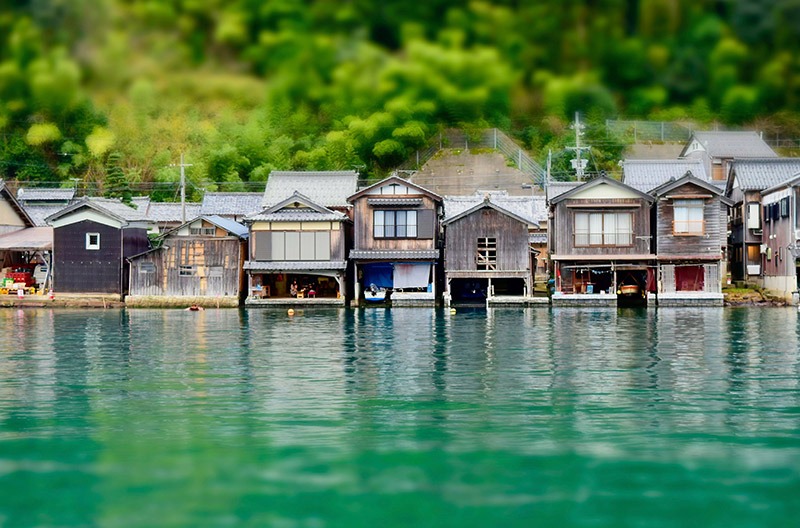 Surrounding the coast of Ine Bay, there are about 230 boat houses, called “Funaya” in Japanese.

Nowadays, almost all boats are made from fiber reinforced plastics and are much bigger than traditional wooden boats, so local people moor their boats in front of the funayas rather than inside of them. However, some residents of Ine also have smaller boats for fishing, so you can still see these smaller boats being stored inside the funaya. The bottom floor of funayas can also be used to cook, hang fish or squid to dry, hang laundry, or simply enjoy the ocean life swimming just below.

Do People Live in the Funayas?

The funaya look like houses, so does anyone live in them? People that visit Ine often ask this question, and are surprised to learn that that not many families live in their funayas. As mentioned above, as the main function of funaya was storage, fishermen usually had a main family house in which they lived. However, the top floor of a funaya can sometimes house a family’s adult children or grandparents.